Version v1.4 of the documentation is for the Talos version being developed. For the latest stable version of Talos, see the latest version.

The design and use of the Talos Linux control application.

The talosctl tool acts as a reference implementation for the Talos API, but it also handles a lot of conveniences for the use of Talos and its clusters.

Like kubectl, talosctl uses the concept of configuration contexts, so any number of Talos clusters can be managed with a single configuration file. It also comes with some intelligent tooling to manage the merging of new contexts into the config. The default operation is a non-destructive merge, where if a context of the same name already exists in the file, the context to be added is renamed by appending an index number. You can easily overwrite instead, as well. See the talosctl config help for more information. 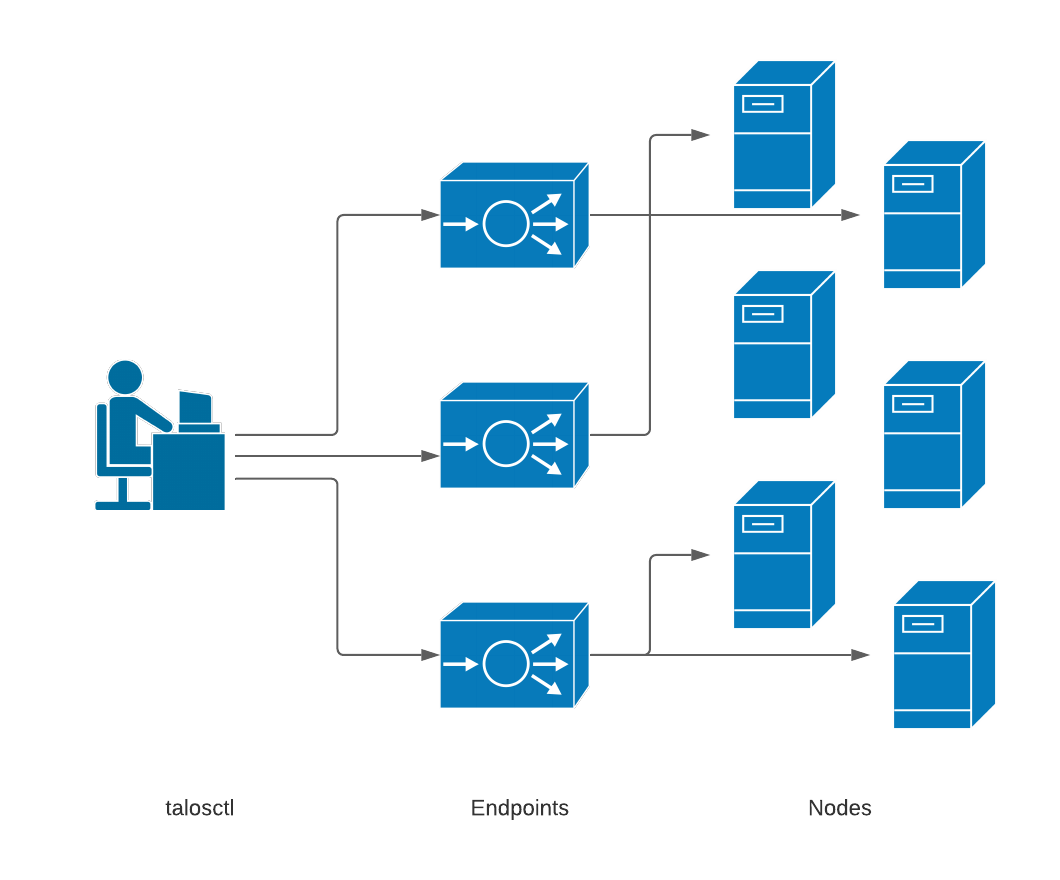 endpoints are the communication endpoints to which the client directly talks. These can be load balancers, DNS hostnames, a list of IPs, etc. If multiple endpoints are specified, the client will automatically load balance and fail over between them. It is recommended that these point to the set of control plane nodes, either directly or through a load balancer.

When specifying nodes, their IPs and/or hostnames are as seen by the endpoint servers, not as from the client. This is because all connections are proxied first through the endpoints.